Three+ months until the new improved Your Money or Your Life makeover is released. There’s so much in there I want to share with you, but there’s one section taken out by my editor that now seems so relevant to me: the effect of race, class and gender on our financial prospects. Mind you, people from a hotel maid to global leaders have used the program for their own financial liberation, but the current crop of people on the FI path now confirms what we saw 25 years ago: the program fits educated left brain people to a T. 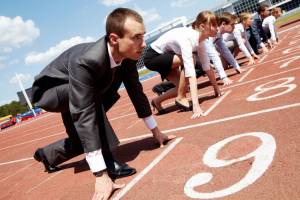 In recent years the dark sides of our nation’s way of doing business are surfacing in waves: Black Lives Matter exposing a kind of new Jim Crow, the sexual abuses in schools, workplaces, professions, spiritual centers drawing women out of silence, the Paradise Papers pulling away the Wizard of Oz curtain on how much corporations, educational institutions and wealthy people steal from public coffers through offshore banking and on and on.

Justice is up for us as a society, so this section on how justice impacts the FI path seems relevant to share:

Missing from the above examples (of people who’ve made it) is any mention of race, class or gender. Life in the industrialized world is not an equal opportunity employer. In comparison to other industrialize nations with strong social safety nets, providing free education, day care and health care, the United States, according to the World Bank as well as the Economic Policy Institute, is almost at the bottom of the list. The logic of money has confused us into thinking that if something is not monetized it’s not worth anything, so people disadvantaged by prejudice and history or youthful folly are handicapped. This does not mean everyone in each category is hobbled or advantaged. It means that still in the USA, race, class and gender matter.

White men with well-off parents and prestigious degrees likely have their toes on the starting line of professional lives. They can spring forward when the starting gun booms.

White kids with poor parents may not have their pick of schools or their pick of jobs. Their starting line is behind the thoroughly advantaged. They have to run faster to gain ground – and many do.

White kids who skip college might come from behind and end up streaking past those with privilege, but many don’t.

Women have struggled to enter every male dominated profession, but their starting gate is still behind men’s. US government statistics reveal that a woman earns only 79% of what a man earns, which, by retirement age, means they end up with 44% less retirement income[i].

For people of color, the starting line is still further back, even with all the gains in the last 50 years. Add growing up on public assistance in the failing neighborhoods of this country and it’s a miracle if you even choose to compete. Pew [ii]research reveals that blacks earn 75% of whites and Hispanics even less.

With the policies that built our middle class now well on their way to losing their teeth, with the promise of “freedom” a shrewd way for the government to abandon its important role of assuring shared prosperity, YOYO rules.