There. I said it. In a society where “whatever” is the only safe ground in a sea of fanatic polarization, I confess to loving morality and moral dilemmas. Not the Tab A into Slot B morality of matching actions to credo and taking the safest action possible. No, I mean BIG morality. Juicy morality. Gritty, complex, hefty morality where there are no easy answers.

This kind of morality is like a teething ring for the soul. 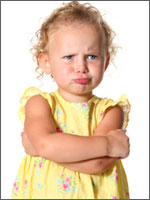 In the past my love for wrestling with knotty issues seemed quirky. Now, a year and a half into our Grifter-in-Chief’s reign, the instinct for morality seems to be having a revival. Social conservatives should be squealing by now, but aren’t – yet David Brooks seems to be having a conversion to compassion experience. The liberal media has more grit, but Fox and their friends neutralizes it with the  “fake news” moniker. We are inching forward… but inching.

Morality at its best is coming from the disenfranchised. Maybe it always does. The black church in the tradition of Martin Luther King often preaches the moral imperative to resist tyranny and love our enemies, and Reverend Barber, with the Poor People’s Campaign, is right on the money (literally). Black intellectuals are doing their duty, from Cornel West to Ta-nehisi Coates to Michelle Alexander.  Iljeoma Olua and Robin Diangelo, and many others, have opened the conversation about white fragility and so many of my friends are checking their white privilege before they speak, sometimes awkwardly like learning a new language.

Not included on this list are some of my favorite muckrakers, from John Oliver to Stephen Colbert to Trevor Noah, simply because their job is to call out the President and his enablers. I hate to say it, but you listen to Rachel Maddow and Sean Hannity back to back and they have the same cadence, though they are singing different songs (okay, unfriend me now).

Morality is taking in all these perspectives and finding a way through that grows you.

Realizing how apoplectic and tribal I’ve become, how I was eating indignation for breakfast, I’ve made a project of listening to people I don’t agree with. It has not been easy, especially because I started with Jordan Peterson who pushes half my buttons. He denies the validity of the patriarchy, he poo-poo’s feminism, he says the science is out on climate change and has followers who thrill at reposting videos with phrases like “Peterson’s most savage comebacks” and “Peterson calmly educates baiting host” “Peterson destroys regressive BBC reporter”. His book has been on the Amazon bestseller list for over a year and yet, good progressive that I am, I never heard of it. Doesn’t such a man deserve my attention at least as a window into his millions of followers?

As a morality junkie, I like such razor strops for my mind.

I have a practice that really helps me stay in the game.  It is putting each choice in my hand like a ball, and then stretching my arms as wide as possible, taking the choices out of relationship with one another, out of the struggle of which is right. Then I contemplate, one at a time, each ball. I look honestly and dispassionately at both the appeal of the choice and the shadow, the unintended consequences. I look at these until they are not in conflict with one another, they are just features of the choice. I know I’ve done it when I relax, maybe smile, feel a love for that possibility in all its light and dark. Then I look at the other choice in the same way. The light, the dark, my desires, my fears – until I relax and feel a love for the whole bundle. This takes a while. Sometimes a long while. What I notice, if I do this honestly, is that the options no longer rule me. I connect with the moral chooser, not the moral choice. I am free to choose A or B… or C or D of even Z.

This is the grit of morality. The soul learning the lessons it is here to learn.

Morality in this polarized and confusing world is exercising a muscle that’s flabby now. Most of the day there are no moral dilemmas worthy of the name. Minor scuffles with out conscience about ignoring someone on the street or grazing on bulk foods while choosing which to buy. True moral dilemmas are when two or more commandments, two or more values, seek to occupy the same space, and where neither can be rejected. What do I owe my parents now that they are old? Do I commit to public education, sending my kids to the “school of hard knocks” public school or to giving my kids a gentler slope towards adulthood at private school? Do I take a vile client or job which might make my career, or step aside knowing someone else will get the money and the glory if there is a win? Do I follow an order I believe is wrong, or follow my conscience and possibly put my team at risk? What does God want for me now? When to toe the line. When to cross it. Duty. Honor. Obligation. Character. These are the (out-of-fashion) words that make our souls. If we are nervous about taking a considered stand that bucks our tribe’s views, great. Another moral dilemma.

With this in mind, we live in the best of times because, as Christopher Fry says in A Sleep of Prisoners, ‘Thank God our time is now when wrong comes up to face us everywhere, never to leave us till we take the longest stride of soul we ever took. Affairs are now soul size.”

So let us go to the morality gym… let’s work out. Wrestle. Grapple. Sweat. Push beyond the limits of our comfort zones. I’ll see you there. And then we can go out for tea and talk about it.