The white nationalists have found our town, a seaside village on a long, skinny island in Puget Sound, with a Naval Air Station in the north, an historic farming town in the middle and a parfait of cultures that have over the years chosen the south end as our home.

Like all organized armies – of do-gooder religious groups or anti-government militia – they look for openings to inhabit in the infrastructure of a community. A seat on the school board. A small business. A real-estate license. A sheriff’s department. These are common toeholds.

This is our situation. A far-right militia group in October rented an old Grange hall that, like many Granges, had fallen into disrepair, the board membership shrinking and resources scant. A rising panic lit up on social media as elements of the community tried to process and meet the threat. Outsiders (other towns, other states) with guns and no masks, joining up and meeting in out-sized groups in a pandemic?!

Trumpster trucks had been swooping down from the North, flying their flags and flexing their muscles as they cruised the two main streets of our village. I’d already planned to hold a vigil around our few ballot drop boxes in case voters were intimidated by militia. Panic – nationwide – was already in the air. And now, it seemed, they were squatting in our grange. With their guns and Covid breath.

The sense of threat is not unwarranted, as this later Seattle Times article points out. Menacing behavior is one of the features of the far right militias. The question is: can they sashay into our Grange, cross the public health line and join up in droves?

Lest you think I’m putting a halo on myself and horns on white nationalists, I will point out that I’ve done the very thing I’m objecting to. I’ve enthusiastically tried to land my version of the good, true and beautiful in old community institutions.

Years ago I helped start an outpost of a global network of people working to relocalize their communities. Such Transition Town groups work to assess dependencies on global resource flows and to systematically shore up those fragilities with local alternatives: local food, local energy, local money, local fun. We grew quickly to a monthly Potluck with a Purpose of 100 people, with speakers and working groups and a sort of Welcome Wagon feeling for all the young alternative folks showing up on the island. It was intoxicating. And, according to me, nothing but beneficial.

The more the network grew, the more it seemed we needed at least an office, maybe even a clubhouse where all the activities could happen without depending on availability of standard community meeting spaces. Ahhh, expansive dreams. Imagine if our island, in 10 years’ time, were 50% instead of 5% food self-sufficient. Imagine if we had a Public Utility District instead of depending on a corporate energy source. Imagine we had a local currency we could use to partially pay our property taxes. I, at least, can swoon over such possibilities. I called the realtor and a few of us went out to tour it. As she showed us around, I gushed about possibilites. Lectures, movies and conversation circles in the sanctuary, potlucks in the kitchen and fellowship hall and maybe a soup kitchen, offices for the working groups in the Sunday school classrooms, organic gardens on the 2 acres of grounds. The preacher’s house was definitely rickety but intact and the caretakers cum farmers could live there. The church was an A-Frame with a metal roof. Great. Solar cells on the South side, Water catchment on the North. I looked at a glass block wall, clear blocks with a blue block cross. “Look, it’s a T for Transition.”

Drunk with the possibilities, I missed the realtor’s stony silence as we imagined our own version of Alice’s Restaurant.

Consulting only the inner oracles of recklessness, I figured out how I could essentially hock most of what I owned, and buy it. After only 36 hours between the tour with the realtor and the next Monday morning at 9 AM, I put in an offer.

“I’m sorry, we already have an offer.” The church had been on the market for years and now, suddenly, there’s an offer?

“I’ll put in a competing offer.”

“I’ll put in a contingency offer, if the deal falls through in a month.”

It turns out that the realtor had been a member of the conservative Christian congregation that had, failing to attract new members, been unable to keep up the church and reluctantly put it on the market. My glistening eyed, ebullient narrative of how we would turn their spiritual home into a haven for latter-day hippies sufficiently shocked them that they found a buyer on Sunday to take it off the market. Eventually, the church came alive again with a Bible Study group. God works in mysterious ways – reviving the church and at the same time saving me from financial ruin.

Yet I wasn’t done, apparently. I lit on a little Grange hall a few miles outside my town. The front stoop dipped in the center from years of people shuffling in for dances, meetings, church services and potlucks. The toilets, permanently stained, wobbled a bit on their base. The kitchen had old, functional appliances and a Formica counter with the pattern mostly worn through. The big wooden folding tables had grooves so deep in the wood that sanding them would pretty much go through the table.  This local Grange, I learned, was an outpost of a 150 year old, national network of halls with a gloriously populist past.

Sometime after the not-buying-the-church incident, I had turned my attention to investigating what it would take to realize the local food part of our Transition Town vision. Inspiration hit. The Grange is about food and farming. So are we. We could all join the Grange. As with so many things I’ve done, a hundred people can catch my enthusiasm, a dozen act on it (in this case join the Grange), and in the end, I’d still be the only one actually attending the meetings. I didn’t realize that the Grange is religiously, politically and agriculturally conservative, not about small farms and Farmer’s Market. While I stopped going to the meetings, my commitment to local food blossomed into in a book, Blessing the Hands that Feed Us, and a prize from Slow Food Whidbey Island for the best local food recipe (zucchini relish). 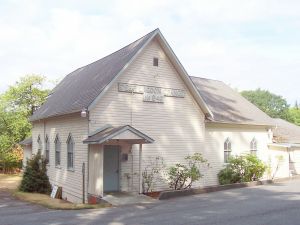 And so these memories surface while we as a community puzzle the dilemma of members of the far right anti-government militia groups lighting on the Grange as a clubhouse, applying for membership, holding maskless gatherings shoulder to shoulder inside. They are within their rights. It’s a free country. Ours is a welcoming community, even with a diversity of viewpoints held in polite tension. Our median age, however, is above 50. We have a mask mandate and people bow their heads and dance around one another in our small market to keep one another safe. We have a growing BIPOC community. How do we meet the arrival of people who flaut our norms, get belligerent when asked to man up by masking up, and hold trainings at the Grange that apparently included how to treat gunshot wounds? One local group has mounted this response. Others are working with law enforcement.

The difference, I contend, is that an out-of-town group, sporting guns and conducting militia trainings is in fact different content from local-food potlucks and programs on gleaning abandoned fruit trees. The dangers to the community are different. We were intent on contributing to a thriving culture on Whidbey Island. Who knows what the intention of the 3%ers is on Whidbey Island, but going maskless, and gathering in large groups during a pandemic, and bullying residents who ask them to mask up is decidedly different from local yokels trying to support farmers in selling local produce in our local markets. There aren’t equally “good people on both sides.”

The question is: how do you stay true to your values as in inclusive, welcoming, safe-for-all community with its parfait of immigrants since we forced out the Lower Skagit peoples: the farmers and loggers, the vacationers, the people who dredged and dammed the wetlands to make more farmland, the hippies and the evangelicals who came when the land was cheap in the 70s, the Boeing workers, the consultant class coming here to retire or to raise their kids, the people of color trying to make our island home.

Whose town? Whose Grange? Whose island?

Fundamentally, Whidbey has been historically and still is a semi-rural agricultural community where it takes at least a couple of winters living here to be accepted, and a couple of generations to lose Newbie as your middle name. How do you belong somewhere? My experience here is that you do so by blending with a rural culture of church and community groups trying to make life better for its members. You don’t use the place and spit it out – either as a wealthy second homeowner or as a right-wing militia group from somewhere else.  You pay your dues. You volunteer at the food bank. You help with the homeless teen program or the Spaghetti feed in support of our annual day of helping elderly homeowners. You try out for plays. You sing in the choir. After a while, even though you have dreads or braids or legally-acquired guns on your hip, you are seen as part of the parfait.

Kathleen Dean Moore, a moralist, author, educator and climate activist, gave me this profound insight in an interview:

Maybe the question is: how can the townsfolk get the rule-breaking outsiders to behave themselves around us. Show respect. Act with integrity. Not bring their bravado and bullying into our midst and make a community institution an outpost?

This isn’t only our issue. An army of QAnon converts and right-wing militias and angry Trump voters is fanning out across this country. They are actually part of cities and towns, part of the weave, as well as outsiders. They are finding openings in the institutions of the social body: running for office, joining boards. And in my state they believe our Governor is a tyrant and the virus is a hoax and mask-wearers are sheeple and the government is illegitimate. How do all the villages that hold community values of abiding by the laws of love – care, concern, kindness and such – meet this force that is not going away even as we turn the page to 2021?

Note: Please read the many thoughtful and informative comments below. I got some details wrong and made incorrect assumptions. If this had been journalistic, I would have approached it differently. It’s an essay to explore how communities stay safe and welcoming when people who won’t honor public health guidelines come to town – and to make the point that we often do exactly what we are accusing others of doing. I thank my commenters for stepping in to correct misinformation. 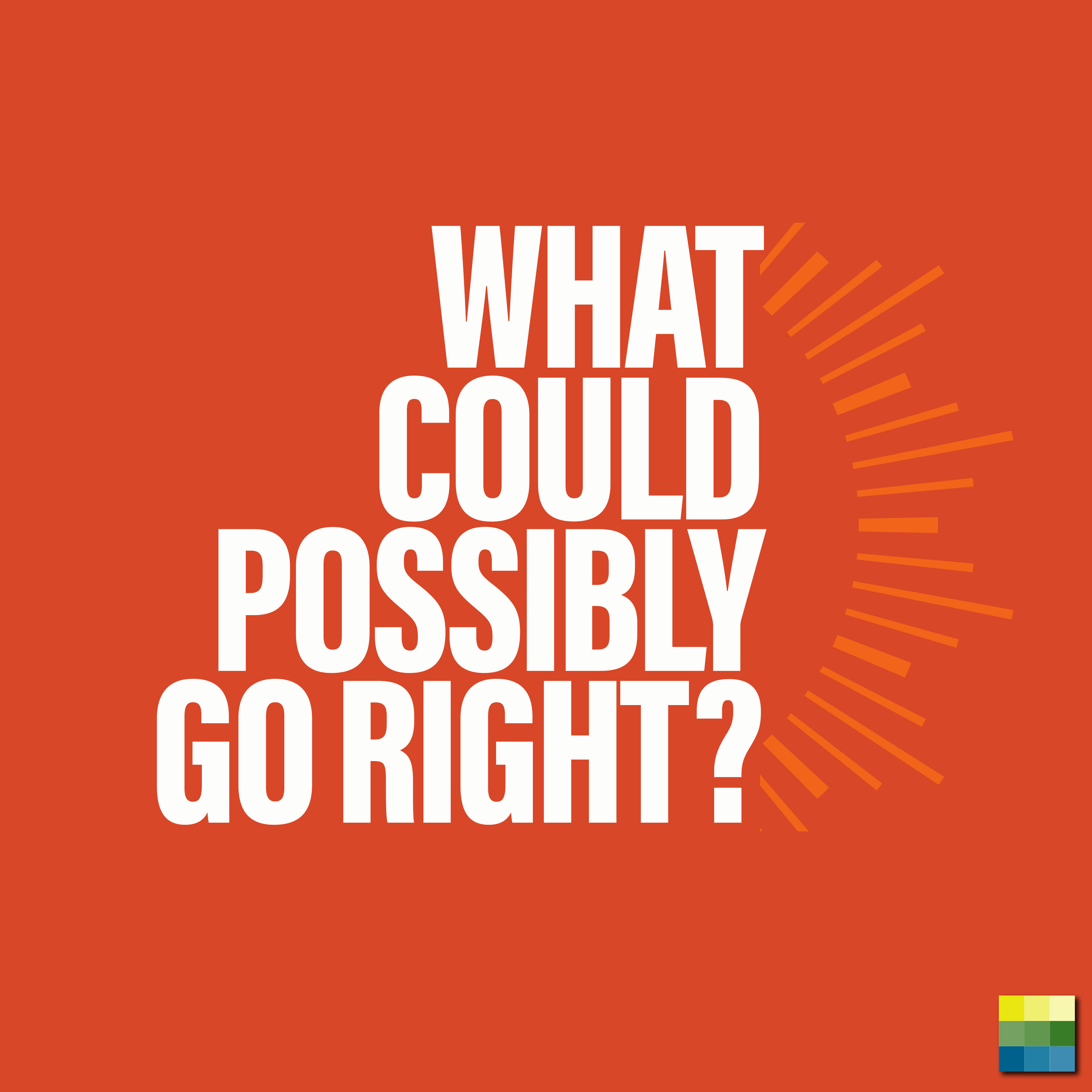 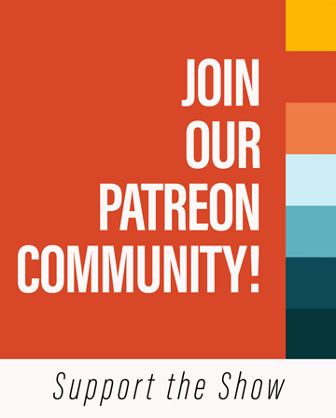